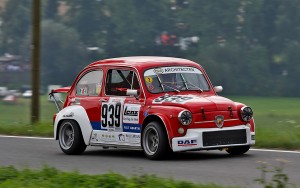 March 1949, Italy. Abarth & C srl was formed by Karl Abarth and racing driver friend Guido Scagliarini. Most famous for producing giant-killing small Fiats, Karl Abarth’s early forays into the world of racing began with motorcycles. Born in Vienna, Austria in 1908, Abarth was a European motorcycle championship winner by his early twenties. His victories were on self-tuned machines without any factory back up or sponsorship. In the late 1940s, Karl Abarth changed his name to Carlo which sounded much more Italian. He had also switched from racing two wheels to four and Abarth aftermarket tuning kits and special exhausts were to prove very popular. When Fiat launched the 600 in 1955, Carlo thought it an ideal base to build a small, sporting saloon at a fairly modest cost. Offering a 750 conversion the Abarth top specification cars virtually doubled the horse power so the scorpion-badged cars really did have a sting in their tail. 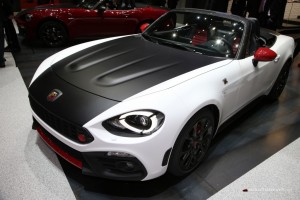 The mounting cost of such prolific racing success was becoming even more difficult to sustain and ultimately Abarth & C. was merged into Fiat in 1971. The Abarth legend lives on today and can be experienced in the Fiat 595 and 695 models and the brand new for 2016 Fiat Abarth 124 Spider.