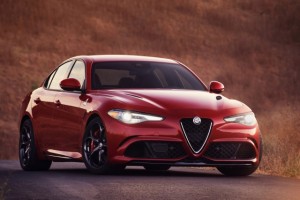 Birth date Milan, 24th June 1910. A group of businessmen and entrepreneurs took over the Italian Darracq marque from its parent company in France and named it Anonima Lombarda Fabbrica Automobili. Alfa’s first car was the 24hp and proved popular from the outset with a blend of attributes which would later define the brand. The outbreak of World War One shrank resources for the young company and the Portello plant on the outskirts of Milan were taken over by Nicola Romeo, a Neapolitan engineer and entrepreneur. In 1920, theTorpedo 20-30 hp was introduced and was the first car to bear the company’s new name of Alfa Romeo. Alfa Romeo’s success continued to grow both on the road and track and in 1951, Fangio won the F1 world championship in an Alfetta 159. It was equipped with the most powerful 1500cc engine ever built. Producing 425hp it could exceed 300 km/h. 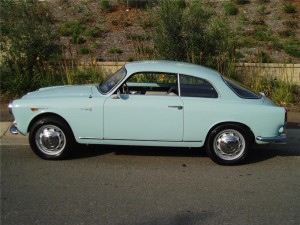 Launched in 1954 Alfa's Giulietta Sprint has a timeless style

The 1960s would provide further growth and success for Alfa Romeo. Having outgrown its Portello headquarters a new plant was constructed at Arese just outside Milan. One of Alfa’s most successful models arrived in 1962 in the form of the Giulia. It would go on to spawn a wide range of saloon and sporting models – the most famous being the Giulia Coupe and Spider 1600 ‘Duetto’. The 1980s continued some of the trends seen in the 1970s with both political and economic measures hindering the market and in 1986, Alfa Romeo was taken over by the Fiat Group. 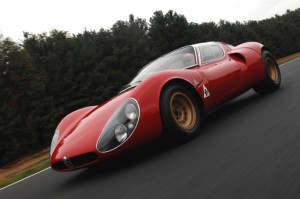 Alfa Romeo's 33 Stradale is a stunner from any angle

Alfa’s creative flair was to resurface again just a few years later with the launch of the Brera and Brera Spider. Moving further upmarket, Alfa released the stunning 8C Competizione in 2007. Alfa Romeo’s marque-defining spirit and passion can still be found in today’s range of cars from the Mito and Giulietta compacts to the super lightweight sports 4C and 4C Spider. The brand new for 2016 Giulia sports saloon is amongst the lightest in its class and features a range of engines topping out with an all aluminium 2.9 litre twin turbo V6 producing 510hp.