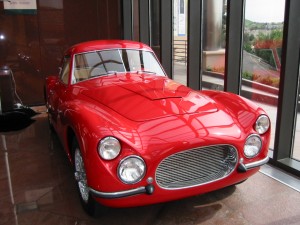 Amongst early automotive pioneers were a group of innovators based in Turin, Italy. In July 1899, the deed of incorporation was signed giving birth to Societa Anonima Fabbrica di Automobili Torino – F.I.A.T. The first car built was the 4HP and just one year later the first plant began production and 24 cars were produced. In 1902, Giovanni Agnelli was appointed Managing Director and in 1908, Fiat opened its first office in the United States. By 1949, Fiat had 71,000 employees. The 1950s saw something of an economic boom in Italy; one car for every 96 inhabitants in1949 became one car for every 28 inhabitants by 1958. In 1952 Fiat’s 8V sports car achieved 200 km/h and 1955 saw the arrival of the Fiat 600. Designed by Dante Giacosa, the iconic Fiat 500 was new to the market in 1956. Giovanni Agnelli, grandson of the Fiat founder was appointed Chairman in 1966 and a major agreement was signed for the building of the Vaz plant in Togliattigrad, Russia. 1969 was busy with Fiat acquiring the Lancia brand and also a 50 per cent stake in Ferrari. 1984 which was the year that saw the historic Alfa Romeo brand become part of the Group.

Launched in 1990, the Fiat Panda Elettra was the first mass produced electric vehicle and in 1993 Fiat acquired the prestigious Maserati marque. In 1999, CNH-Case New Holland was formed to create a key player in the fields of agriculture and construction equipment. In 2003, after nearly fifty years at the helm of the company, Giovanni Agnelli died and his brother, Umberto, took over as Chairman. Umberto died just a year later and the company restructured with Luca Cordero di Montezemolo as Chairman, John Elkann (Grandson of Giovanni Agnelli) as Vice Chairman and Sergio Marchionne as Chief Executive Officer. In 2010, John Elkann was appointed Fiat Chairman.