Ferrari. The most famous and evocative sports and race car maker in the world. February 1898 saw the birth of Enzo Anselmo Ferrari on the outskirts of Modena, Northern Italy. Entranced by motor racing from an early Enzo moved to Milan and found work first as a test driver and later as a race driver with CMN (Construzioni Meccaniche Nazionali). In 1929, Enzo founded Scuderia Ferrari fielding both race cars (Mostly Alfa Romeos) and motorcycles and would eventually act as Alfa Romeo’s race department in 1933. Work started on Ferrari’s first car in late 1945 with the ambitious plans to use a V12 engine. In 1947, he took the Ferrari 125S for its first road test. Ferrari won the Mille Miglia a year later, its first Le Mans in 1949 and its first world championship grand prix in 1951. Alberto Ascari gave Ferrari its first F1 championship win in 1952 and did the same again in 1953.

Racing, of course, continued to dominate Enzo’s drive and passion but racing’s expensive and Enzo realised that his company needed greater resources if it was to remain successful. To that end, Enzo signed an agreement in 1969 which saw the Fiat Group take a 50 per cent stake in Ferrari. In 1987, the last car to be developed under Enzo’s guidance, the Ferrari F40, was released. Less than a year later in August 1988, the auto industry would mourn the death of the founder of the world’s most iconic car brand. 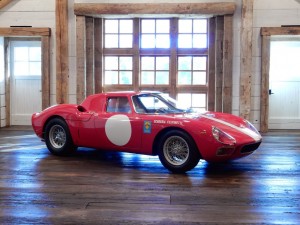 To date, Ferrari’s racing successes read like a list of Who’s Who; 15 F1 Drivers’ World titles,16 F1 Constructors’ World titles, 14 Sports Car Manufacturers’ World titles, 9 Le Mans 24 Hour wins, 8 in the Mille Miglia, 7 in the Targa Florio and 216 in F1 grand prix. Better than ever, today’s models include the range-topping Ferrari F12 Berlinetta to Ferrari’s most powerful V8 to date in the 488 GTB.