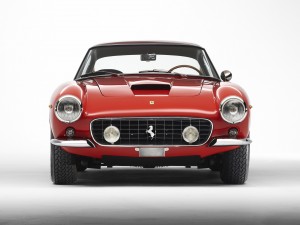 The second youngest of 11 children, Battista Farina was born in 1893 in Turin, Italy. Nicknamed ‘Pinin’, Battista’s interest and enthusiasm for all things automotive was clear from an early age and in 1910 he began working for his brother Giovanni’s newly established coach building firm Stabilimenti Farina. He was just 17. With guaranteed work promised by Vincenzo Lancia and additional financial backing from his wife’s family, Farina’s nickname ‘Pinin’ was officially adopted in 1930 when he founded Carrozzeria Pinin Farina in his home city. The Company’s early works were based upon chassis from Fiat, Lancia, Alfa Romeo, Isotta-Fraschini and Hispano-Suiza. 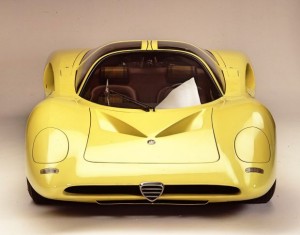 Pinin Farina’s major break-through came in 1946. Provided with a chassis by Cisitalia, Battista penned a stunning two seater aluminium body which was to be produced as the Cisitalia 202. This was the first car in the world to be permanently displayed at the Museum of Modern Art in New York. Around 170 examples were built. After building a cabriolet based on a Ferrari Inter 212 chassis in 1951, Pinin Farina’s collaboration with Ferrari was cemented. Almost all Ferrari automobiles from then on have emerged from Maranello with bodies designed from within the Pinin Farina design studio.

In 1961, aged 68, Battista handed over the reins of the company to his son, Sergio. In the same year, the family’s Farina surname was changed to Pininfarina. In the 70s and 80s further diversification followed with the Pininfarina portfolio encompassing everything from kitchen utensils to trains and architecture. India – based Mahindra Group acquired Pininfarina in 2015.