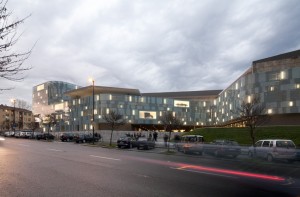 The Museum at dusk

One of the oldest automobile museums in the world, Il Museo Nazionale dell’Automobile (National Car Museum) was the brainchild of two pioneers of Italian motoring; Cesare Goria Gotti and Roberto Biscaretti di Ruffia. Gotti was a prominent lawyer and di Ruffia was a Senator and one of the founder members of Fiat. Established in Turin in 1932, it was Roberto’s son, Carlo Biscaretti di Ruffio who conceived the museum and who’s name it subsequently took. Over 80 different vehicle marques and almost 200 cars are displayed and date from the mid 19th century to the present day. The museum is split over three different levels. The second floor (top) is where the tour begins and explains how the car was born, developed, became popular and in some cases worshipped. On the first floor, the focus shifts to what the car means to us in the modern day world. The ground floor marks the final visit of the tour and concentrates on the design, planning and creative paths that combine to produce a machine that rises to the challenges we require of it. 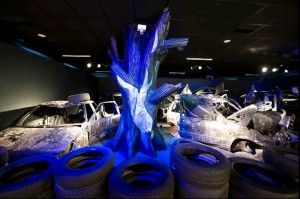 You'll need to do the tour to find the meaning

When Il Museo Nazionale dell’Automobile re-opened after its restoration and development in 2011, the trustees dedicated the Museum to Avvocato Giovanni Agnelli, grandson of the founder of Fiat. This was a mark of recognition and respect for all the support that Agnelli had shown the Museum over many years.