Amongst the pioneers of automotive design, Giovanni Bertone was born in 1884 in Mondovi in the Piedmont region of Italy. In 1912, he established his own carriage making business in Turin but the outbreak of hostilities in 1914 brought a premature end to the company. Undaunted, Bertone established a new workshop in Turin in 1920 with a workforce of twenty. His first major break in the automobile field came from car maker SPA who commissioned Bertone to build a ‘torpedo’ body for their 23S chassis. Bertone’s skills became sought after by many manufacturers of the era with the most significant being Fiat and Lancia. In 1933, his 19 year old son Giussepe – nicknamed ‘Nuccio’ – joined the company. 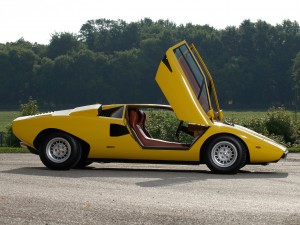 In 1950 Nuccio took full control of the business created by his father. In 1953, Bertone created the amazing Alfa Romeo BAT cars. The concept was to produce a car with the most aerodynamic body possible. The best boasted a drag coefficient of an amazing 0.19. Alfa Romeo kept faith in Bertone for the 1954 Alfa Romeo Giulietta Sprint and again Scaglione created a masterpiece of style. It was the success of this car, amongst others, that led Bertone to seek much larger premises. Carrozzeria Bertone would create many ground-breaking designs in the 60s and 70s including collaboration with Lamborghini beginning with the Miura in 1966 (and almost all Lamborghini models prior to the Diablo), the Lancia Stratos and the Fiat X/19 to name just a handful. 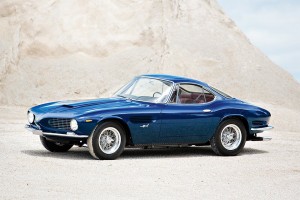 In 1997, Nuccio Bertone died and the world lost one of its most creative minds. With business shrinking the company was forced to completely restructure as bankruptcy loomed. Today, Bertone’s name has been revived and the new owners operate a design consultancy and focus within the architectural, industrial and fashion arenas. The company’s most recent projects are those within the rail industry.