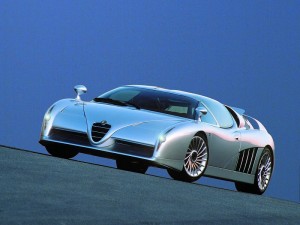 1968, Moncalieri, Turin, Italy. The birthplace of Italdesign and the partnership of two men of vision; Giorgetto Giugaro and Aldo Mantovani. Born in Turin in 1927, Aldo Mantovani showed creative flair from an early age and at the age of 19 joined Fiat. Giorgetto Giugiaro was born in the small town of Garessio, Northern Italy in 1939. After studying at the Acedemy of Fine Arts in Turin he joined the Centro Stile Fiat in 1956. Even before establishing Italdesign, Giugiaro’s early credits included the 1964 Alfa Romeo Giulia GT (whilst at Bertone) and the Maserati Ghibli and De Tomaso Mangusta of 1966 (at Ghia). Amongst Italdesign’s earliest creations was the Bizzarini Manta in 1968. The 1970s and 80s would prove to be a prolific period for Italdesign with many ground-breaking and industry defining designs eminating from Giugiaro’s drawing board. Think the first series Volkswagen Golf in 1974, Fiat’s original Panda in 1980 and the Fiat Uno in 1983. Cars that would go on to sell in their millions and designs that would be copied by others the world over. More recent works include the Toyota Lexus GS in 1991, the 2005 Fiat Grande Punto and in the same year two from Alfa Romeo in the form of the 159 and Brera models. 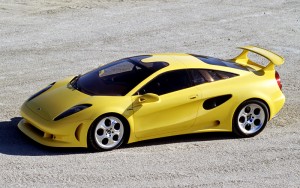 Although most widely known for its services to the automotive industry, Italdesign also established an industrial design services arm in the early 1970s which would go on to design everything from coffee makers to cameras and from furniture to high speed trains. In 1999 at a ceremony in Las Vegas, Giorgetto Giugiaro was voted ‘Car Designer of the Century by a panel of 132 motoring journalists from 33 countries. In 2010, Volkswagen –owned Lamborghini acquired a 90.1 per cent stake in Italdesign. In 2015, Giugiaro sold his remaining stake in the company he founded and retired from the board.