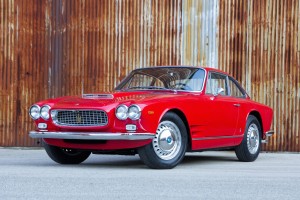 The origins of one of Italy’s most famous marques can be found in Voghera, Northern Italy, in the late 19th century. The first of seven sons, Carlo was born to railway worker Rodolfo Maserati and his wife, Carolina, in 1881 and the youngest, Ettore, was born in 1894. It wasn’t until 1926 that the first Maserati car appeared. The Tipo 26 achieved its first race victory the same year and just one year later Maserati would win the Italian Constructors Championship. Towards the end of the 1930s, Maserati faced increasing competition from the state-backed German manufacturers Auto Union and Mercedes. Realising the company needed greater resources to remain competitive, the Maserati brothers decided to sell the company to famous Italian entrepreneur Adolfo Orsi in 1937 whilst retaining management roles within the company. In 1939, Maserati won the Indy 500 and would do so again the following year – the only Italian marque to do so.

1946 would mark the end of an era with the Maserati brothers leaving the company to return to Bologna and establish a new company concentrating solely on race cars, Osca. The somewhat turbulent Maserati history would head down a different path in the mid 1970s. The now partially state-owned company formed a collaboration with Argentine businessman Alejandro De Tomaso. By the late 1980s Maserati was struggling again and De Tomaso turned to Fiat for help. Fiat took a 49 per cent holding in Maserati and purchased the remaining 51 per cent the following year. 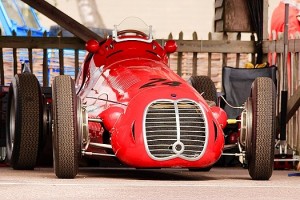 Within the past twenty years, the combination of both Fiat and Ferrari’s resources and expertise has enabled Maserati to flourish and return to its rightful position as a premium builder of fine charismatic sports and GT cars to carry the proud and historically pivotal badge of the Trident.